Amari Gainer is Florida State’s leading tackler. He also has more tackles for loss than any of his teammates. But the tackles that have endeared him to Seminole fans are those he’s made way down the field after others have given up. Those effort tackles define No. 33.

“Run to the ball,” the highly-recruited linebacker said. “That’s a little thing but it is also a big thing. If you give effort and you run to the ball and play with passion the plays will make themselves.”

Passion and effort will take you a long way in any field you choose and are qualities the junior linebacker cherishes in his head coach Mike Norvell.

Gainer is an eager participant in a conversation on leadership, a work in progress for him. In addition to a leadership class he is taking as part of his major — entrepreneurship and urban planning – Gainer says he’s also learning all he can from his head coach and his position coach, Chris Marve.

“My position coach, Coach Marve is one of the best on the staff,” Gainer said. “He’s a great leader, knows what he is talking about and expects excellence out of all of the linebackers. He coaches everyone the same whether you are a scholarship player or a walk on. He is going to coach you and provide the standard and not slacking off.”

The junior is observing, learning and refining his style.

“I like to consider myself a leader by example,” he said. “I set the example and then hopefully people will follow the example. If they don’t, I’ll try to correct them the best way I can in a positive manner, not being negative. Making sure we are living up to the standard.  I’m not really a vocal guy yet because I feel that should be up to the older guys right now but I lead by example.”

“In my household, we bleed Garnet and Gold. My dad (wide receiver Herb Gainer) played there and my mother graduated from there too. I have been going to games and wanted to go here. I bled Garnet and Gold and wanted to go here since I was a little kid chopping at the TV. It’ a blessing to be here and I’m blessed to have an opportunity to carry on the legacy here at Florida State.”

In addition to the indoctrination at home, Gainer witnessed the 2013 National Championship season up close and personal as the teammate of Trey Fisher, FSU head coach Jimbo Fisher’s oldest son.

So he’s seen and heard about the standard.

“I feel the future is bright at Florida State,” he said. “Rome wasn’t built in a day. It is going to take a lot of hard work and a lot of reinforcing the standard and getting guys in here who are willing to live up to that standard at Florida State.  Being at Florida State, being a student athlete, is not easy. It is not something that should be taken lightly. Every day you can wake up, and work, I feel is a blessing. I feel like the future is bright. I don’t know if it will be this year but we still have time to start the rebuilding process this year. I feel like it’s going to get back, whether it is today, tomorrow or the next day but I feel like it will get back soon.”

Growing up in Tallahassee, attending Chiles High School, and meeting many of his parent’s friends gives Gainer an appreciation for the passion Florida State fans have for the sport he plays and for the sacrifices they make to contribute as  Seminole Booster members.

“I’d love to say, first of all, thank you for my scholarship,” Gainer said. “(Thank you for) donating the money to help me to get a great education at FSU and also for being there for us, for the support at Florida State.  I am working hard to make sure I reinforce the standard and live by the standard. We’re going to get this wrapped up.”

Seminole fans, who have enjoyed watching No. 33 flying down the field to catch and wrap up a ball carrier, have little doubt he’ll get Florida State’s football future wrapped up, inspiring teammates and fans along the way.

Previous Post Wyckoff: Years with Semrau as player, assistant prepared her for this moment Next Post A peek under the helmet: Camren McDonald 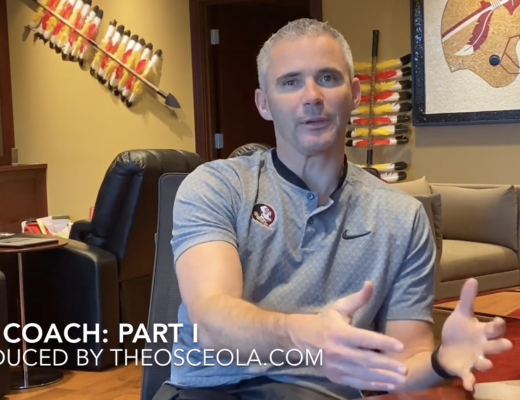 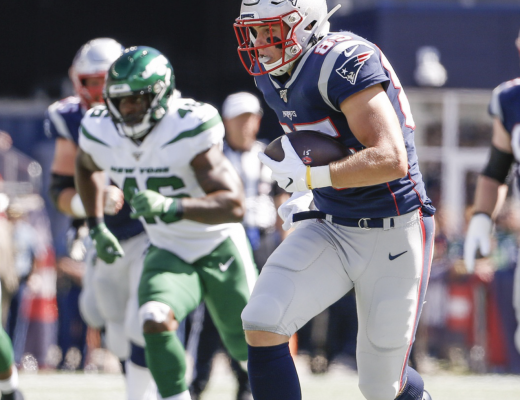 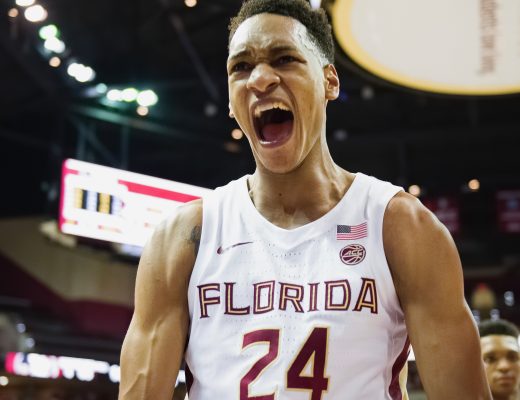