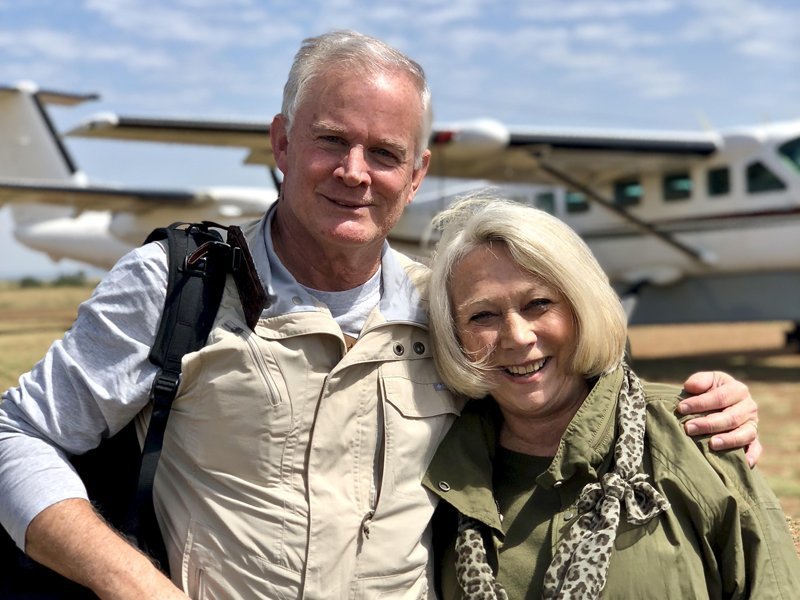 Florida State Athletics has a new look entering the final quarter of 2019. On the playing fields and in the arenas the teams will still portray the same athletic excellence. Administratively the entire support program just got stronger with the creation of the Florida State University Athletics Association (FSUAA) on which Seminole Booster Chair Bob Davis will serve an important role.

Davis was a season-ticket holder and Golden Chief, living in Orlando, when Eric Carr, Booster Senior VP for Central Florida, asked him if he would be interested in getting involved with the Boosters. That brief conversation would have major ramifications for the Boosters down-the-line.

The Boosters immediately tapped into Davis’s extensive auditing expertise to strengthen the organization’s financial controls, which had recently experienced its first breach. Davis led an audit team, which was able to report all the money was recovered and put procedures in place to prevent reoccurrence.

After only two years on the Booster board Davis was presented the prestigious Godfrey Smith Award of Excellence. Mike Harrell, Booster chairman at the time, told Unconquered: “The result of Bob’s work made him the perfect candidate for the award. He was a rock star.”

Harrell also pointed out that the hundreds of hours of volunteer work was something the boosters could not have afforded.

“Bonnie and I are really proud of the entire sport program recognizing our success on and off the field,” Davis said.

Now, Davis has moved up the booster-board ladder to become Chair. He says: “It happened because I had available time,” then adds, with a smile: “You’ve been around long enough to know if you have time available they are going to take advantage of it.”

It just so happens that Davis’ new appointment as chair comes at an advantageous time for Florida State. As Booster Chair, Davis will also be a member of the new FSUAA.

“I’ve known Bob Davis for seven years. He is a very honest, hard-working person who does what he says he will do,” said Carr. “He enjoys serving and helping out.”

While some were wondering how the Seminole Boosters would feel about the new Association, Davis says: “My perception of what is happening with FSUAA is that it is good for us. We retained a lot of the governance, hiring and firing, and things we wanted to do.”

He pointed out a major difference that not only makes it better for the Boosters but for the entire athletics program. “In the past we have been told here is a project we need done and we need for you to collect the money for it. Now we have a seat at the table and we can assess a project. Is it a good thing right now? Or do we need to raise a little more money for it? So I think the whole concept is going to bring Athletics and the Boosters much closer together.”

He adds that this will be a big help with prioritization when numerous capital projects are proposed, matching the funds needed to build those projects with fundraising resources.

Conversely, Davis has a request for Coburn, who he says is the best thing that could have happened to FSU Athletics: “My whole purpose (as Booster chairman) is to lead the board, so I have set some organizational goals as well as some personal goals. Some things it would be nice to accomplish this year. I have asked David if he could set up a meeting with each of the head coaches for that purpose because there are members I have never met personally. I just want to have that conversation, to make that personal connection.

“It would be nice to hear what each of the coaches have to say about their program,” Davis said.

Responding to a growing, diversified market, Davis wants to seek out young, successful alums, including women and minorities, to ensure Seminole Boosters and Athletics addresses all opportunities across their entire market.

Obviously a strong supporter of all Seminole sports, Davis is looking forward to the fall sports, especially football. Count him as one who is a strong believer that FSU has the right man for the job in Willie Taggart.

“I like Coach Taggart’s approach in making our football players the best people they can be. If they are successful in the classroom and as a person they are going to be successful on the football field. I think that is happening. He came in late, so he had to rush to put a coaching staff together. But I think he has made some great hires that are good for the staff.”

He enjoyed attending the College World Series and watching Coach Mike Martin Sr. close out his legendary career. “Coach Martin is such a gentleman. He goes out of his way to speak to everyone and to sign every autograph. I think he was having a good time. He couldn’t ask for a better way to end his career,” said Davis.

In July, Davis and his wife, Bonnie, were able to have dinner with Mike and Carol Martin one evening during the Booster’s Mediterranean Cruise. Additionally, Davis asked to be assigned to different tables each evening to meet as many Boosters as possible. Even when he was relaxing, Davis was working.

“It was just a great opportunity, in a relaxed atmosphere, to talk to different Boosters, show them our appreciation for all they have done for FSU,” Davis said. “And, again, to learn about their perspective of the Boosters and Athletics and we are doing right and how we can improve. It is so much easier to hear from an outside person than to pat ourselves on the back all the time.”

When it comes to Seminole sports, the Davises are all in. Bob says his wife was attached to Auburn when they got married. That changed. “She is now a big FSU fan. I don’t think she has any Auburn clothing in her closet anymore.”

He also points out that his whole family is comprised of Seminole supporters: “Both of my daughters are now Boosters. I told them if I am going to be chairman you are going to have to spend some of your money.”

When his daughter Lindsey was in law school at Florida State, they purchased a condo for her to live in. Even though Lindsey has graduated, Bob and Bonnie are the ones practically living in Tallahassee. They travel from Orlando and spend at least one week each month in the Capital City. With Bob’s new
assignment, time in Tally may increase.

An avid golfer Davis, for a variety of reasons, saw his time on the links dramatically decreased. “I had to give up golf for about six months. Then I went out and played a round and was only two strokes off.” Following that success, he is considering a new golfing strategy. He laughs and says, “I have decided that maybe I will take a year off from golf and see if I can break par. Should be twice as good as I was after six months off.”

Finding enjoyment in life and work is what Bob Davis does exceptionally well. Obviously for such a time as this he is absolutely the best person for the dual role of Booster Chairman and FSUAA board member.

Davis optimistically sums up the situation: “I think the whole new association is going to be a huge win for Florida State University.” 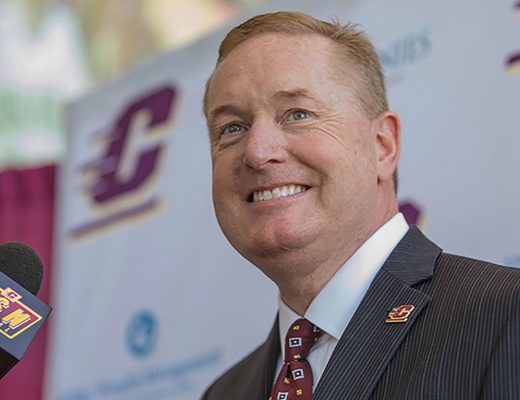 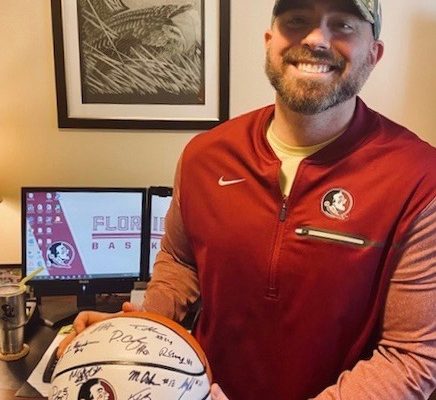