Seminole fans will want to circle April 9 to watch Florida State’s spring game, as well as April 15, the priority deadline for renewing season tickets and parking.

As a season ticket holder you have priority to renew your seats but that priority period ends on April 15, after which those seats become available to other existing ticket holders or later to a new ticket buyer.

The spring game on April 9 will give prospective ticket buyers a first-person look at the 2022 Seminole football team as well as the weekend experience they can expect this fall. The weekend will feature a Friday Night Block Party featuring King Calaway in CollegeTown. The beach volleyball team will host a pair of matches on Friday beginning at 11 a.m. and then two more on Saturday starting at 12:30 p.m. FSU softball will also play a three-game series, beginning on Friday at 6 p.m. and then game 2 on Saturday at 1 p.m. — plenty of time to watch the Seminoles and walk over to Doak Campbell Stadium for the spring game. There will also be a postgame concert featuring country music star Chris Janson.

After watching numerous FSU’s spring practices, we see an improving defense, one you’ll get to see and judge for yourself on April 9, whether you come to Doak Campbell Stadium to enjoy all the weekend activities or watch on the ACC Network.

You’ll find a few of our observations about the defense in this article and can check out our thoughts on the offense by clicking here.

It’s no secret the Seminole defense improved in the back half of the 2021 season after struggling early. Whether defensive coordinator Adam Fuller modified the scheme to better suit his players, or the players did a better job of executing his scheme, by season’s end FSU was playing with more confidence, greatly reducing the number of big plays allowed.

One would expect to see further growth this spring.

“Absolutely, I think they are playing like we need them to play,” coach Mike Norvell said. “We have a lot of production returning and the newcomers we’ve brought in have been exceptional. I really do. Every guy we have brought in on that side will have a great impact.”

A young team last season, FSU returns 17 of its most productive players on defense. More than 77 percent of last year’s total tackles return.

“When we went back and looked at the last scrimmage, there were a lot of great, explosive plays,” Norvell said of a defense-dominated scrimmage. “(The defense) created some negative plays and takeaways.”

Great defense begins up front and Florida State received very good news when two of its best interior linemen, Fabien Lovett (No. 0) and Robert Cooper (No. 91), chose not to enter the NFL draft. The Seminoles’ top four includes Malcolm Ray (No. 99) and Jarrett Jackson (No. 48). The four combined for 97 total tackles, 16 for loss, 4.5 quarterback sacks, seven quarterback hurries and two passes batted down.

“We’ve talked about the defensive front a lot throughout the spring. That has to be a stronghold for this defense,” said Norvell who is pleased with the leadership, depth and seven developing younger players such as Joshua Farmer (No. 44), Byron Turner (No. 54), Bishop Thomas (No. 90), Aaron Hester (No. 57), Daniel Lyons (No. 95) and Dante Anderson (No. 96) and Shambre Jackson (No. 97) are competing for playing time.

“It’s one of the deepest segments on our team,” Norvell concluded.

While the interior line should be improved, the Seminoles lost two outstanding players at defensive end. Jermaine Johnson and Keir Thomas combined for 112 tackles, 30 for loss and 18.5 sacks with 27 quarterback hurries. They will be tough to replace.

The Seminoles will need more productivity from their interior veterans as well as help from defensive end Dennis Briggs (No. 6), who sustained a season-ending injury in the fourth game of the 2021 season. Briggs had six tackles, a pass batted down and two hurries prior to the chop block, which he has fully recovered from. The competition at defensive end includes veterans Derrick McLendon (No. 9) had 16 tackles, 4.5 for loss, 3.5 sacks and a QB hurry and Quashon Fuller (No. 30) had 8 tackles, 3 for loss and a sack.

Freshmen Patrick Payton (No. 56) and George Wilson (No. 52) will also challenge for playing time.

There has been excitement in camp about promising transfer Jared Verse (No. 5), who played one year at Albany University in New York. At 6-foot-4 and 260 pounds, Verse is quick with a good motor, which means he’ll find playing time early. While you’ll read comparisons to former Georgia transfer Jermaine Johnson, keep in mind that the 2021 season was Johnson’s fourth year of college ball while 2022 will be Verse’s second year playing college football (he played an FCS spring season in 2021 as well as a fall season with Albany). Verse does have potential to make plays in 2022.

Linebacker should be better

That subhead should be music to your ears as FSU’s linebacker play has left a lot to be desired in recent years.

“We’ve seen development at linebacker,” Norvell said. “We have Amari (Gainer), Kalen (Deloach) and DJ (Lundy), who played a lot of snaps this last year. Then you throw in Tatum (Bethune, a UCF transfer) into that mix. All those guys got better. Tatum, the playmaker that he is and what that brings to the linebackers. Omar Graham (early enrollee), coming in. Stephen Dix really working and moving better. Some of those guys who changed positions to play linebacker. You see that growth.”

Lundy (No. 46) and DeLoach (No. 4) each had 69 tackles last year, which was third on the team. Gainer (No. 33) was next with 59. Those three had very similar production in tackles for loss, sacks and quarterback hurries.

Bethune (No. 15) had 108 tackles at UCF last year, including 5.5 for loss with 2.0 sacks, two interceptions, one forced fumble and three quarterback hurries.

Linebackers coach Randy Shannon asked each of the linebackers to shed a few pounds during the offseason conditioning program to give the players more range. Norvell said Lundy, a four-time state wrestling champion, has worked on stretching and flexibility and said he’s seen improvement in the heavy hitter’s ability in pass coverage.

DeLoach looks like he’s longer and playing with more confidence.

Bethune looks like a veteran. The Miami Central HS grad has a long history with his linebackers coach, Randy Shannon, and has adapted quickly to what is being asked of him. A compact athlete (6-1, 230), Bethune is instinctive and with flexible hips is explosive at the point of impact. Fun to watch.

Brendan Gant (No. 28) is a former safety who converted to linebacker. A heavy hitter as a defensive back, the 6-2, 193-pounder enjoyed six starts in his three prior seasons at FSU. Gant gives the Seminoles a veteran who has range, which provides Shannon with options and depth in 2022.

Omar Graham. Jr (No. 36) is a highly productive, South Florida early enrollee who is similar in size and instinct to Bethune. The true freshman may be asked to provide depth in 2022.

FSU’s secondary gave up way too many big plays early last year, which was a bit of a mystery given the talent on the roster.

Safeties Jammie Robinson (No. 10), who led the secondary in interceptions (4) and tackles (84), as well as Akeem Dent (No. 27), who had four pass breakups, tied for first with fellow returning players Omarion Cooper (No. 37) and Travis Jay (No. 18).

“Jammie Robinson, I see the growth and the confidence, the maturity,” Norvell said. “Akeem is playing really good ball, the consistency and confidence that has to show up, whether it’s communication or the anticipation of what’s about to occur. He is playing as confident as he has ever played at Florida State.”

Dent had two picks in the last scrimmage.

“He had two big picks today and that’s what a safety does, he overlaps things,” defensive coordinator Adam Fuller said. “I know on the last one Jordan saw a 1-on-1 and offenses take advantage of 1-on-1s. Post safeties overlap things and go and make plays. That was a tremendous play. Good to see.

“I do think Akeem is feeling comfortable. Akeem is somebody that needs to be put in a position and once you tell him what to do, he’s very good at doing it. He’s getting the reps and those things are filling up for him. He is stockpiling those reps at (safety) and it’s making a difference for him.”

Renardo Green (No. 8), who was rehabbing an injury last season, is hunting steady playing time with Jarques McClellion (No. 1), Hunter Washington (No. 16), Demorie Tate (No. 31) and Shyheim Brown (No. 38), who have each made plays this spring.

Preferred walk-on Jaden Floyd (No. 39) is the son of FSU Hall of Fame running back and radio analyst William Floyd. Jaden is competing for playing time in the secondary and on special teams.

Transfer Greedy Vance (No. 21) has made a big impression at cornerback and could find his way into the starting lineup at corner, where two highly-rated, early-enrolled freshmen, Sam McCall (11) and Azareye’h Thomas (20), will also compete for playing time. McCall and Thomas are each long at 6-1 and 6-2, respectively, and distinguish themselves daily with their playmaking. They will be hard to keep out of the lineup.

McCall had two picks in one practice which prompted this comment from Norvell, “Sam is continuing to get better; a guy that definitely could be in high school this spring. As an early enrollee each practice is an opportunity for growth. He has taken advantage of that. Continuing to clean up the details, the fundamentals. That’s just going to come with time.”

Norvell has also had positive comments about Thomas throughout the spring.

“There is so much competition. I like the energy. I like the encouragement. I like the steps that are being taking in terms of their communication and their mindset of how we need to play,” Norvell said. “I think you’ve seen those strides throughout the course of spring.”

Seminole coaches and fans will get a true look at the team in this spring game as Norvell has chosen to go with a best against best format — No. 1 offense vs. No. 1 defense and No. 2 offense against No. 2 defense — rather than dividing the team equally into Garnet and Gold teams.

“We won’t break them up into teams; we’ll get good on good work,” Norvell said. “It will be very similar to last year. We’ll be in game situations in order to work on how we operate, how we flow.”

FSU’s first-team defense is often loaded with veterans as well as veteran transfers Verse, Bethune and Vance. The group is building continuity and the results are apparent.

“I thought they played well together,” Fuller said of the final scrimmage before the spring game. “We’re starting to play off of each other, the communication is starting to be better. They’re playing more as a defense and not as individuals. We’ve seen growth from that. And so, it was a good, solid day.”

Fuller has a warning for fans coming to the spring game.

“Listen, the quarterbacks have a green jersey, so there’s a lot of whistles saying, ‘We got them.’ Nobody really knows,” Fuller said after the last scrimmage. “But I think our execution is pretty good. We had a couple times where we weren’t totally on the same page, but people were able to play off each other and make it right. So overall I think they’re doing what we want them to do and they’re doing it with a lot of energy. So that’s important to me.”

April 15 is the priority deadline to renew your season tickets and parking. Call your ticket representative or go online today to insure you secure your seats during your priority ordering period. 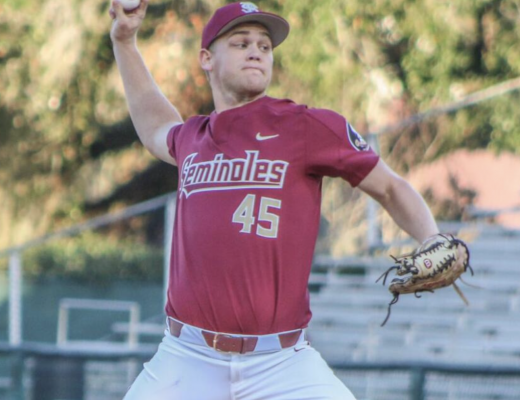 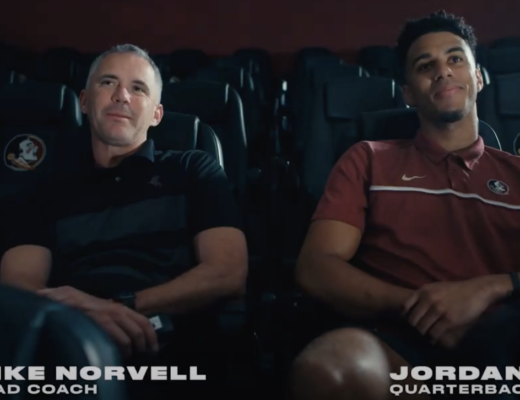 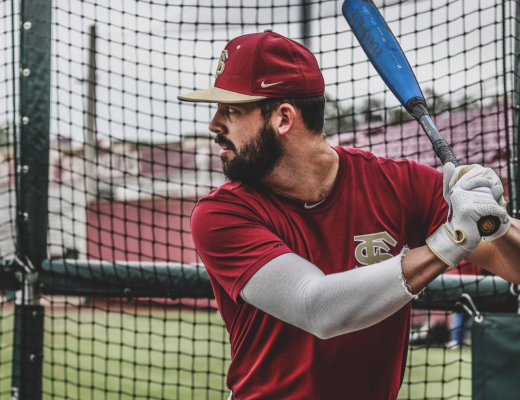