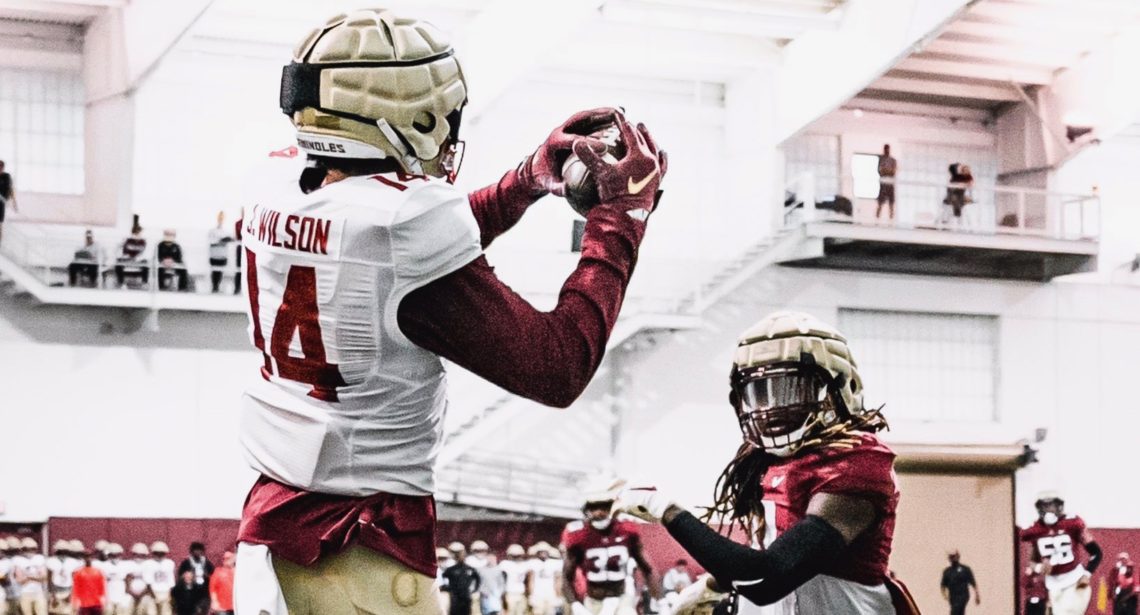 Johnny Wilson is among a group of transfer receivers who will help the Seminoles in 2022.

Mark your calendar for two related dates. April 9 at 5 p.m. is Florida State’s Spring Garnet and Gold Football Game and April 15 is the priority deadline for renewing season tickets and parking.

While most of FSU’s existing season ticket holders have renewed their tickets and parking, FSU wants to be sure everyone remembers to renew before the priority renewal period ends on April 15, after which those seats become available to existing ticket holders looking to upgrade their seat location and later to new ticket buyers.

The spring game on April 9 is important because it will give prospective ticket buyers a first-person look at the 2022 Seminole football team as well as the weekend experience they can expect this fall. The weekend will feature a Friday Night Block Party featuring King Calaway in CollegeTown. The beach volleyball team will host a pair of matches on Friday beginning at 11 a.m. and then two more on Saturday starting at 12:30 p.m. FSU softball will also play a three-game series, beginning on Friday at 6 p.m. and then game 2 on Saturday at 1 p.m. — plenty of time to watch the Seminoles and walk over to Doak Campbell Stadium for the spring game. There will also be a postgame concert featuring country music star Chris Janson.

We’ve had the opportunity to watch many of FSU’s spring practices and have seen team improvement but you’ll get the chance to judge for yourself in less than a week, whether in person or on the ACC Network. We’ve put together a few of our observations about the offense and we’ll send our observations on the defense on Tuesday.

All eyes will be on the guy who touches the ball every play. We’ve seen a more confident Jordan Travis (13) this spring, one who is in command of the offense and more comfortable in the pocket. When forced to scramble, Travis remains one of the most dangerous quarterbacks in college football. But, as important as Travis is to FSU’s success, the spring game will provide an extended look at the contenders. sophomore Tate Rodemaker (18), true freshman AJ Duffy (10) and Alex English (15), who will need to be ready should Travis not be able to play in part or all of a game, which occurred several times last year.

After Saturday’s second closed scrimmage, coach Mike Norvell made it perfectly clear about who his starting quarterback will be. “Jordan is our starting quarterback,” Norvell said. “Jordan has done a phenomenal job. You better have competition at every position. Does that push guys? Yes, you need to be pushed. Everybody does. One thing I love about Jordan: It’s not for push of another person, it’s the push that he has for himself. And it is exciting to see in the way they’re competing.”

Rodemaker, a redshirt sophomore who has thrown only 31 passes in his collegiate career, has made more plays this spring than last. Duffy, an early enrollee, has spent the spring learning the offense. While neither have been as consistent as you would like your starting quarterback to be, the spring game will give us a better idea of where they are in their progress.

Quarterback dependent on others

While important, the quarterback position is also the most dependent position — dependent on an offensive line, receivers and a running game.

We think fans will see progress in all three. Let’s start up front where the Seminoles have built something they haven’t had in years — depth. In the recent past, FSU hasn’t had more than six offensive linemen ready to start.

The lack of depth hurt FSU last year. Smith sustained an injury early in the year that held him out of part or all of the first four games, all losses, and practice throughout the year. With no backup ready to go, FSU offensive line coach Alex Atkins had to move Washington from left tackle to center — a position he had never played, which further delayed development of continuity so important to an offensive line.

The spring game will give fans a look at how this offensive line holds up against some veteran and talented defensive players.

The offense has had its moments and the defense has theirs in the first two, competitive spring scrimmages.

FSU fans will be interested to see the four transfers receivers, including former Oregon receiver Mycah Pittman (4), Arizona State’s Johnny Wilson (14) and Illinois’ Deuce Spann (5). Unfortunately, they won’t get to see Winston Wright (3), who was injured in a car accident this spring.

The competition between the receivers and the defensive backs has been more intense this spring with the receivers catching a higher percentage of passes. The most consistent receivers thus far this spring have been Ja’Khi Douglas (0) and Pittman, both of whom find ways to get open. Douglas and Pittman will press last year’s starters, Ontaria Wilson (80) and Keyshawn Helton (6), for playing time.

Tight ends are receivers as well

Including walk-ons, FSU has 11 tight ends who are utilized in a multitude of formations on offense and on special teams. The most common target is Cam McDonald (87), a 6-foot-4, 240-pound leader. The ‘Noles return veterans Wyatt Rector (19) and Preston Daniel (45), who have the most experience, along with DJ Daniels (30), Koby Goss (35) and Jackson West (48).

Older ‘Noles may find Markeston Douglas (85) reminds them of a previous Seminole great who also wore 85, Pat Carter, in terms of size, mobility and hands. Douglas is a mobile 6-4, 270.

You might also notice Brian Courtney (86), a true freshman and a converted HS quarterback, who has shown good hands this spring.

A stable of running backs

Ward and Toafili are known play makers. Fans will want to pay attention to Benson, a bigger back with speed, as well as Campbell and Hill, who are both promising youngsters.

“We’re just continuing to grow in the efficiency and what we’re doing up front,” Norvell said. “I really like our backs. I think we’ve got some explosive players. If you give them a seam, they got an opportunity to break some big plays. It forces the defense to be really tight on their fits.”

What’s the future for FSU’s offense?

With a new offensive coordinator, offensive line coach Alex Atkins, the spring game will give existing and prospective season ticket holders a look at the future for FSU football. Norvell has promised an offense designed for playmakers, and it will be interesting to see how he is able to feature those playmakers on April 9.

How to renew or purchase tickets

We’ll preview the defense on Tuesday

Previous Post Watch: OL in focus on episode 3 of 'The Climb' Next Post Check out FSU defense on April 9, renew seats by April 15 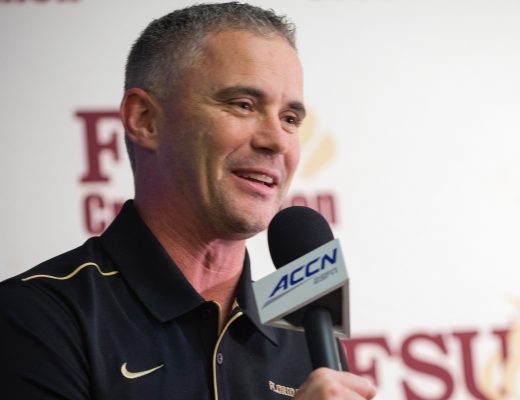 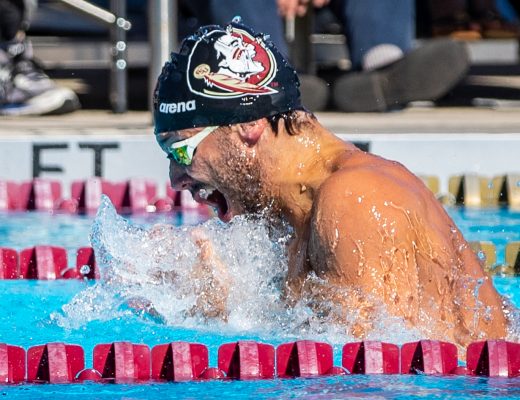