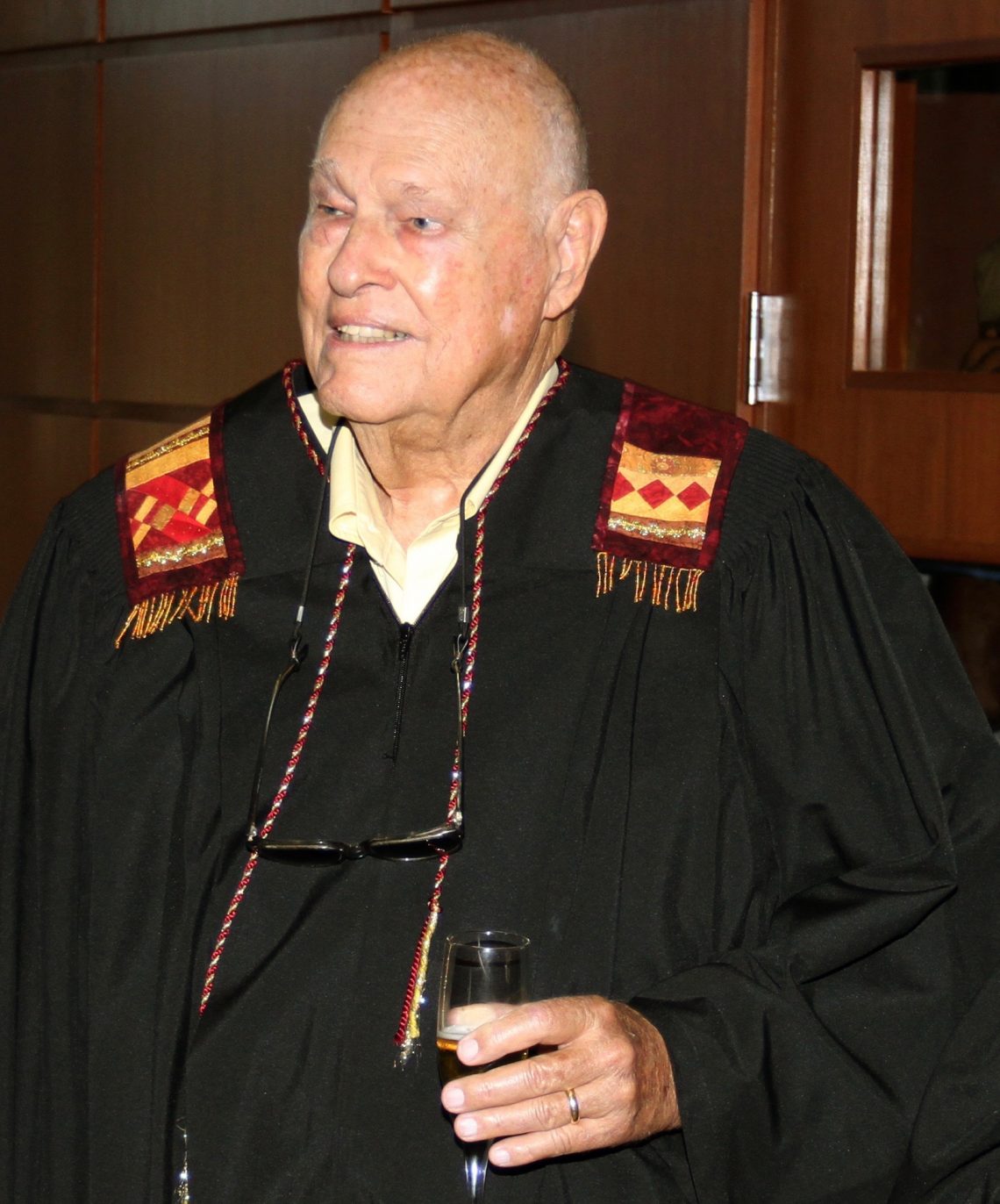 “Theo Proctor was a great civic leader, a passionate Seminole fan and one of FSU’s most dedicated Boosters,” said FSU president John Thrasher. “He loved to talk football, and Jean and I always enjoyed seeing him and Martha Anne at the games. He was a great friend of Florida State University, and we will all miss him dearly. Our deepest sympathies go out to his entire family and his many friends and loved ones.”

Seminole football was a family tradition for Theo and his wife, Leon High School sweetheart Martha Anne Goode. “My dad and mom took me to every game,” said their son, Theo III. “I remember sitting in the stands for the 0-11 season (1973) until the final seconds ticked off the clock. They always supported the team and loved connecting with other Seminoles whether it was the railroad caboose for Golden Chiefs, which used to be next to the stadium, or on the stadium terraces or more recently in President John Thrasher’s box.”

The Proctors enjoyed boundless energy for the Seminoles.

“Theo and Martha Anne flew to New York City, where I lived at the time to see the Seminoles play basketball in the Coaches vs Cancer Classic,” said granddaughter Megan Connelley of her grandparents’ whirlwind trip to the Big Apple. “I met them at the Barclays Center in Brooklyn, where we cheered the ‘Noles to victory, just as we had many times before in Tallahassee. The game was late, and though I took a cab home to rest afterwards, Theo and Martha Anne (in their 80s at the time) spent the rest of the night in Times Square with the team and boosters before catching a red-eye flight home, landing in Tallahassee at 5 a.m.”

In addition to being avid fans, the Proctors enjoyed supporting FSU as Golden Chief contributors to Athletics, donating to the College of Business’s Legacy Hall Campaign as well as serving on the FSU Emeritus Board.

The Leon High School Football Hall of Fame inductee became a member of Sigma Alpha Epsilon fraternity at Florida State University before graduating in 1953. Theo attended the Naval Officer Candidate School and, after three years of active duty in Key West, Proctor joined the family automobile business, which brought the first Cadillac to Tallahassee in 1910.

The Proctor Dealerships are among the oldest corporations in Florida, founded by Theo’s father, W. Theo Proctor Sr., and his uncle O. Earl Proctor. Theo and his first cousin M. Julian Proctor became the second generation of owners and now their sons, Theo III and Martin W. Proctor are third-generation owners.

In addition to Theo’s financial and leadership contributions to Seminole Boosters, the Proctor Dealerships were among the first to contribute automobiles for the FSU coaches and athletic administrators to drive in the “Courtesy Program.”

Theo stayed active in the business, which at the time of his death offered Honda, Suburu and Acura products. He was active on numerous automotive industry boards and enjoyed real estate.

Lifelong friend John Olson, who spent quality time with Theo while stationed in Key West, said Proctor also had a passion for life.

“I was very close to Theo and saw him in a different light,” said Olson. “Theo was somewhat of a quiet person who exhibits leadership. He would never miss a party. He was the first to arrive and somewhat late to leave. If you wanted to find him, look for the oyster bar. He loved oysters. He loved to ride, whether on his tractor or his boat at the coast. We enjoyed a lot of quality time riding on his boat.”

Olson, a Naval airman stationed in Norfolk, Va., spent months training in Key West, where he and Proctor enjoyed each other’s company.

Their relationship grew in Tallahassee, where their wives were born and raised and where they served in the Naval Reserves.

“First of all Martha Anne Proctor and Ann Dalton Olson were very, very close,” said Olson. “That was some of the glue that held us together. The four of us travelled and did a lot of things together.”

Sundays started at Trinity Methodist Church, where the Proctors married and were lifelong members. After services, they headed for the Duval Hotel. “We enjoyed a big breakfast together and got caught up on what is happening in the area,” Olson noted.

It was Proctor who introduced the Northern-raised Olson to southern hospitality and to Seminole Boosters.

“Seminole Boosters gives you a chance to be in leadership and to have some opportunities to have fun. And we did both,” Olson said. “I joined Seminole Boosters when he was in a leadership role. He retired out of leadership, became emeritus, and I stepped into a leadership role not too much longer after that. I didn’t realize how much work it is to be Chairman (1982) and didn’t realize how many lifelong friendships you generate with everybody on the board of directors and retired chairmen.

“We are both very proud to have been Chairmen of the Boosters.”

The Proctors also enjoyed time spent with family and friends who they loved to share family meals, travel and FSU games.

Olson remembers his friend Theo Proctor in one sentence, “That was one fine gentleman – tough as nails – whose extremely effective leadership got things done.” 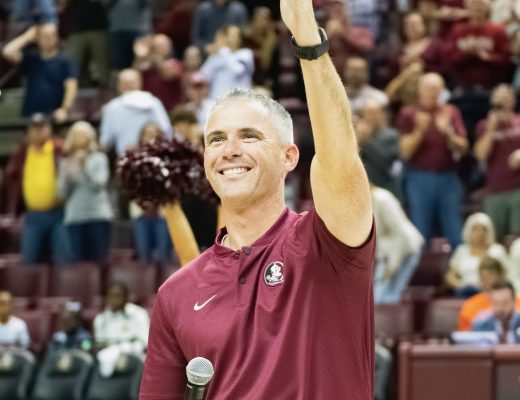 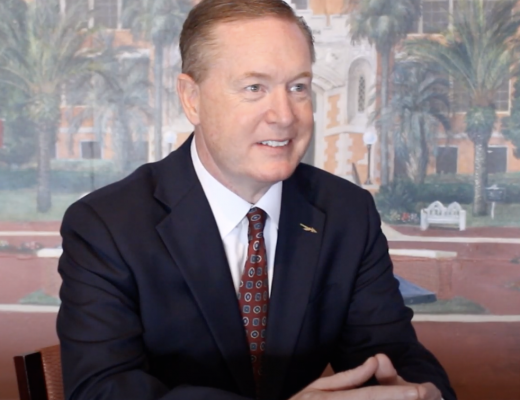 Seminole Boosters
State of the program: Catching up with Boosters CEO Michael Alford