Florida State women’s basketball won at least 23 games in each season of the 2010s. The Seminoles have enjoyed an impressive run of consistency under coach Sue Semrau, who has found success via a blend of recruiting top high school prospects as well as landing transfers.

As the Seminoles began to plan for the 2020-21 season, it was clear the program needed to replace experience and production as Kiah Gillespie, Nicki Ekhomu and Nausia Woolfolk finished their college careers. And FSU began to identify transfers who would help for the coming season.

England was a three-year starting point guard at St. John’s, averaging 5.3 assists per game and finishing her career with 509 assists. As a graduate, England will be eligible to play in 2020-21.

“The biggest thing is her leadership and experience,” FSU assistant coach Joy McCorvey said. “She has played at the highest level and has had a lot of success in her years at St. John’s. She has a ton of assists. Her being able to share the ball, get in the paint, find open people, just the decision-making off the ball and in transition. She will help with our style of play. We want to play up-tempo. And we will be able to play right into it.”

Bejedi and Howard would need to either apply for a waiver or have the NCAA approve a one-time transfer rule. The NCAA is likely to discuss the proposal in May but it’s not clear if a vote will be taken at the time.

Howard averaged 7.6 points and 4.2 rebounds last season but is capable of pouring it on: she dropped a career-best 22 points at Missouri and had seven games with 10-plus points per game. She also shot 39.2 percent from the floor and made 34.4 percent of 3-point attempts while leading Auburn with 21 blocks last season.

“The biggest thing with Erin is just her versatility, being able to stretch the floor, being able to pick and pop off ball screens,” McCorvey said. “Also being able to post up and continuing to get better at her rebounding ability and continue to have that motor on the glass. She brings versatility, she brings experience, she is going to bring leadership as well. She can play multiple positions if need be. But really, being able to go inside and out. We have had success with that over the last two years with Kiah able to do both.”

Bejedi, a 5-foot-7 point guard, brings international experience and played a season at Arizona State. She played on the Finnish Senior National Team for two seasons and in under-18 competition, Bejedi averaged 18.5 points and 5.0 assists. At Arizona State, Bejedi scored 16 points vs. New Mexico and 12 points vs. Air Force.

“She was highly recruited out of high school,” McCorvey said. “We’re excited to have her on the second go around. She brings a lot of experience on the international side and being really successful playing for the European league. And also having experience at Arizona State. She knows what it’s like to go through a season. She’s excited to grow and develop and to be able to help this team in any way she can.”

FSU has played the transfer market well of late. Beyond Gillespie, FSU also had Chatrice White and Imani Wright in recent years. The Seminoles also have Bianca Jackson, who sat out last year following her transfer from South Carolina.

Jackson averaged 7.3 points, 3.4 rebounds, 1.8 assists and shot 39.4 percent from 3-point range in 2017-18 at South Carolina. While she wasn’t able to play in games for FSU, Jackson was able to practice and as a member of the scout team was a difficult matchup in practices.

“It was really awesome as coaches to watch her growth from the time she stepped on campus until the end of the season and being able to put her in different positions on the scout team,” McCorvey said. “Having to play the point guard at times as well as having to play the win. Her leadership really grew. She brings toughness, she’s fiery, she’s super competitive. She’s one that doesn’t back down.”

And FSU could get Izzabela Nicoletti, a guard who has missed her first two seasons due to knee injuries, back for the 2020-21 season. Nicoletti is “one of the hardest workers that you will ever meet” and McCorvey said she is preparing with the intention of playing this season. 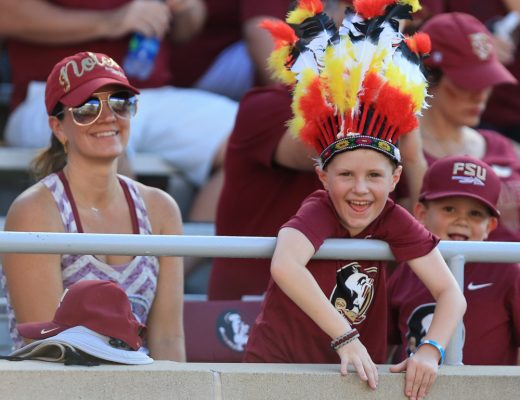 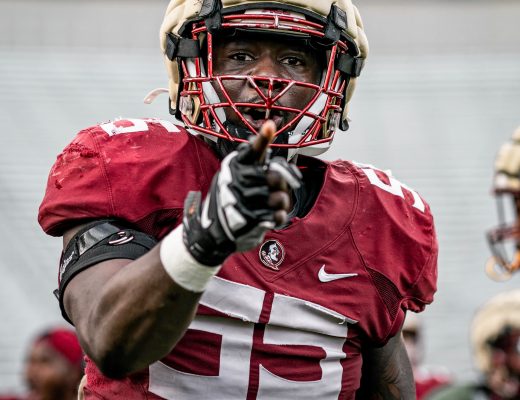 FSU Sports
What did we see this spring?