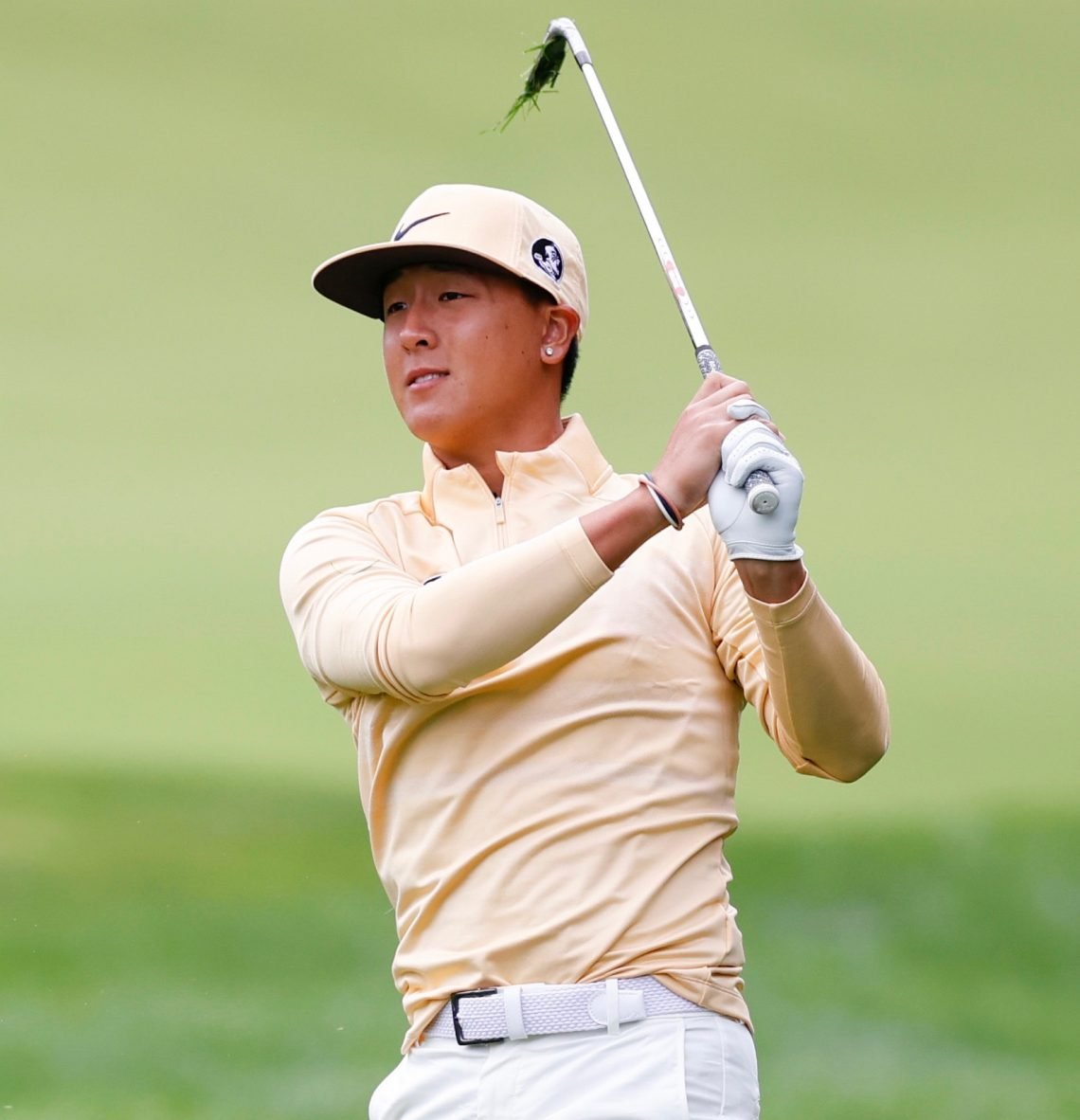 Start talking Seminole golf with John Pak and the friendly smile lights up his face and stays there. And with good reason. Florida State’s All-American golfer is thriving in Seminole Territory.

As the postseason tournaments approach, Pak, a senior completing his fifth season in Tallahassee due to the pandemic-canceled 2020 fall season, has a chance to write an indelible storybook finish on the pages of garnet-and-gold golfing history.

“John is probably the happiest guy on campus that he is on a golf team that has an opportunity to compete for a national championship and to have guys around him that are pushing him every day,” FSU coach Trey Jones said.

Pak’s story is not the typical student-athlete story. From Scotch Plains, N.J., he only played one year of high school golf. After his freshman year, when his Dad found a place near Orlando, he moved to Florida. Then for the next three years he was home-schooled. To compensate Pak sought out every amateur golf tournament he could find.

“I just played all the amateur events I could get into. AGA events helped me learn how to compete against some of the best players,” said Pak.

That’s where Jones and his assistants discovered him. “He was in events with players that we were recruiting. When he got to the elite AGA level then everybody knew about him … If you were to use a football or basketball term, he would have been a five-star recruit, one of the top golfers coming in.”

Pak comes from a large family. He is the youngest of five (one sister and three brothers). He started playing golf with his brothers and then around age 13 he started getting better than them.

He recalls: “I started beating them when they were playing high school golf. That’s when I started thinking I could make a living out of this.”

Once other schools started recruiting him Pak had a decision to make. He chose Florida State: “The biggest reason was Coach Jones. It’s one of the best golf programs in the country. He has had so much success. Tour players like Daniel Berger, Brooks Koepka, Hank Lebioda and others. They are doing real good right now, so that is the reason why.”

However, his development of the student-athlete persona took some work since he hadn’t been in a classroom setting in high school.  “That was a little tough especially coming from home school, but I’m a pretty confident guy. I’ve met a lot of people here, made some really good friends. There is so much to being a student-athlete. It is really nice. You have the tutoring and there is so much to it.”

Along those lines having a booster-sponsored scholarship rates high on Pak’s list of things he really appreciates. He says: “It helps financially, but also we have the best facilities in the world. To have a golf scholarship and all that stuff is great. We have all the things we need at Florida State to play the best golf in the world. They have everything here. The coaches. The facilities. The ice baths. Everything to help you get better. (At) other places you wouldn’t have that.”

Said Jones: “There is no way our golf program or any sports program could be successful without private support. The Seminole Masters group continues to give our players opportunities.”

A look at the list of John Pak’s current accomplishments certainly reveals that he has taken full advantage of the opportunities presented to him. The list of career honors achieved, on his bio pages of the media guide, spills over onto a second page. Highlighting these are making All-American lists every year, All-ACC and All Regional selections, being selected to numerous award watch lists, as well as being Freshman of the Year and others — with perhaps the best yet to come in the 2021 postseason.

Pak has now won eight individual tournaments at FSU, tying Nolan Henke’s school record, with a win at Naples in the Calusa Cup on April 6. Trying to pick out favorites among his eight individual wins is hard but Pak picks two that stand out: “My first win, the Seminole Invitational at Golden Eagle (Tallahassee), is something I will never forget. I hadn’t won a lot (of tournaments) in junior golf … maybe once in five years. It was nice to know that if I play well, I can play on any team on any course and any tournament. It showed me that I have what it takes and was the start of my career really.

The other favorite was the ACC Championship. “There is a lot of history there. To join a group of all those past ACC Champions is really special,” Pak said.

One thing that stands out in an overview of what John Pak is achieving would be the way he has improved his game each year while at Florida State. Coach Jones said: “We started recruiting John when he was 15 years old. He was really small and really short, and we were trying to figure out which way his game would go for the long term. But if you had to look at one thing John has always been an exceptionally accurate player. He doesn’t hit the ball off-line.”

Pak said that he was surprised and honored last year when he was able to talk with golf legend Jack Nicklaus, whose company has redesigned and rebuilt the Florida State golf course: “Jack paid me a compliment. He said, ‘I’ve heard that you are one of the straightest hitters in the world.’ It was special to meet him. And to hear that from one of the greatest of all time was very special. Obviously, he has some Florida State ties.”

While he has always been a straight-shooter (no pun intended) Pak’s short game needed work. “His wedge game, his chipping and putting when he got here was not near to the level of an elite amateur,” Coach Jones recalls.

That part of his game has gotten significantly better. “I think I have developed a pretty good short game since coming here,” he contends. “Before I struggled with chipping and putting. I’ve had a lot of help from the coaches. Coach Ducky (assistant coach Robert Duck) worked with me on my short game and takes a lot of credit for that. He deserves it.”

In 2020 Pak received the greatest thrill of any young golfer’s life when he was able to compete with the pros in the PGA’s U.S. Open at the famous Winged Foot Golf Club in New York. Pak was the only amateur of the 13 in the U.S. Open who made the cut — and he won a trophy when he finished as the low amateur.

“The U. S. Open was awesome because I learned so much there. My whole life wanting to play there so going in I was a little nervous.  But I talked to a lot of guys,” he said. “I had nothing to lose. I talked with Tiger Woods and asked for his advice. Also talked to Jason Day and others.”

Pak still has plenty left he that he wants to achieve at FSU. Among his goals?

As Pak and the Seminoles enter the postseason, they feel confident they have a legitimate shot at bringing home a National Championship trophy. And with the Seminoles could well go in as one of the favorites.

No matter what the end result, John Pak is certain about one thing. Flashing that omnipresent smile he says: “Being a Seminole is the best thing to ever happen to me.”

Previous Post Heads up! Priority ticket deadline is this Friday Next Post What did we see this spring? 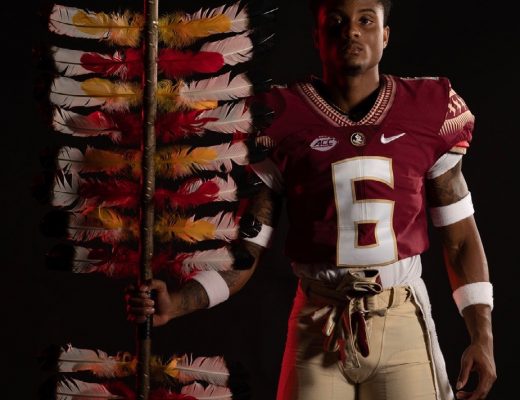 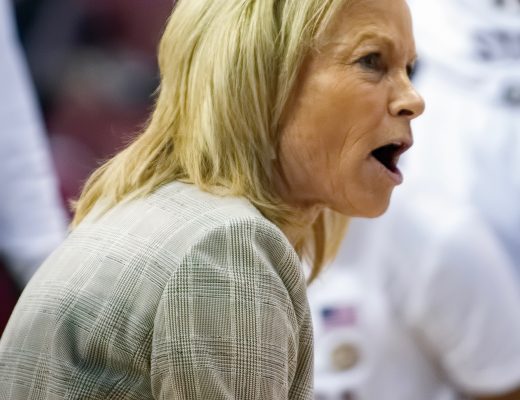 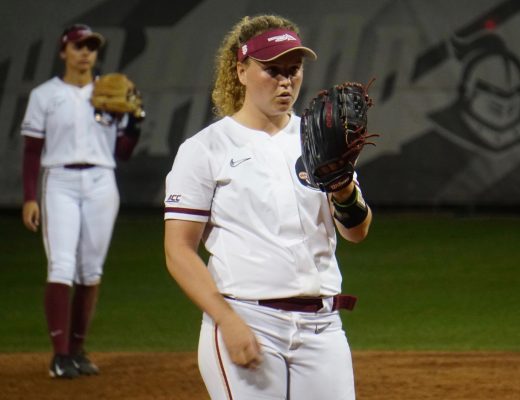