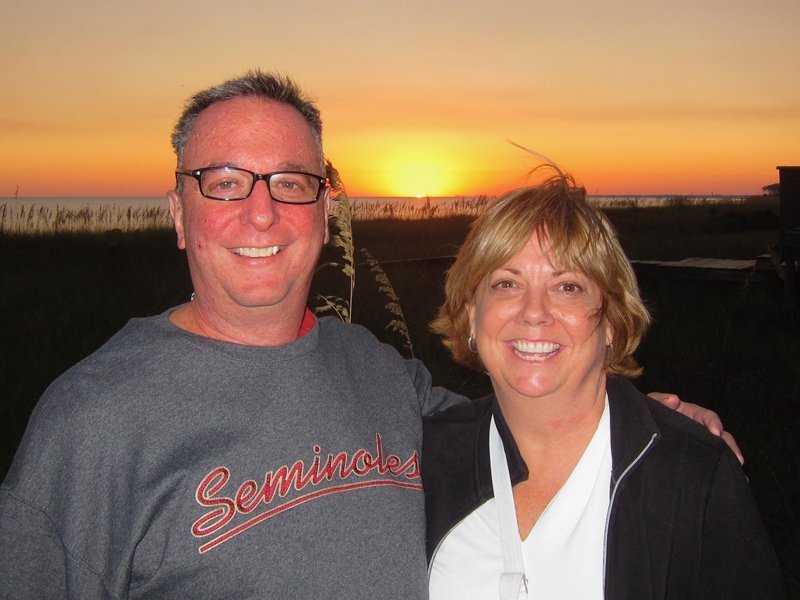 Barbara Bass has established a scholarship in honor of her husband, Mike, who died of cancer in 2017.

Barbara and Mike Bass were dating for only a few months when Bobby Bowden started the legendary “Octoberfest” road trip where the Seminoles played Nebraska, Ohio State, Notre Dame, Pitt and LSU in back to back road games in October 1981.

Barbara and Mike met on a blind date in March, arranged by a fellow Seminole, and the two CPAs found they shared a common interest in sports.  After upset wins over Ohio State, Notre Dame and LSU, Mike was smitten with Barbara and her beloved Seminoles.

The former Utica College hockey goalie was smacked right in the kisser by a garnet and gold puck.

“Mike liked to tell people I was an FSU freshman Bobby’s first season,” she said. “I didn’t like it because it made me feel old but now I am fine with it.”

Thirty-six years after meeting and almost five years after being diagnosed with cancer, Mike passed in the spring of 2017. Inspired by her husband’s love of FSU sports, Barbara honored his memory with an endowed scholarship to benefit a Florida State football player.

“As our careers progressed, our involvement with the Boosters increased,” Barbara said. “We attended the Bowden Tour dinners in Miami and, in the early years of the Tour, had a lot of hands on time with Bobby. Mike would even help set up the projector. Mike’s income level increased over the years and we were able to put our kids through undergraduate and graduate school without loans. We felt it important to help put a student-athlete through college with the endowment.”

During her four years at FSU, the Alpha Chi Omega missed only one home football game nursing a 101 temperature. While in school she never made the road trip to see FSU play at Miami but she did take the hike to Gainesville to see the Seminoles beat the Gators 37-9 in 1977 and then again in 1979.

The 1977 victory was the first over the Gators in 10 years and a catharsis for Seminole fans. Barbara remembers spending the night with friends at their UF dorm and reveling in the post-game fun. “They weren’t happy,” she deadpanned, “but I was.”

Bobby Bowden had a lot of great teams, with two national championships, but he says the 1977 team was his favorite because it helped FSU turn the corner, record the first winning season in a half dozen years, win 10 games, beat the Gators, win a bowl and finish ranked in the top 25.

Barbara attended numerous sports events other than football, while working part time on campus and staying active in her sorority and accounting fraternity.

As for Mike, he was born in the shadow of Yankee stadium and grew up on Long Island before attending Utica College, where he played hockey and was a drummer in a rock band. “He came to the realization he probably wasn’t going to fulfill his dream of being the Philadelphia Flyers’ next goalie, or sign with a record label as a rock drummer, so he transferred to the University of Delaware to study accounting,” Barbara said.

His degree led him to Coopers and Lybrand in Miami where he became a CPA, married Barbara – who worked for Deloitte, Haskins and Sells — in 1983 and five years later welcomed twin daughters, Allison and Katie, each of whom earned undergraduate degrees in Marketing as well as masters degrees.

While engaged with Florida State, Mike also served Horn Entrepreneurship, the creative engine for entrepreneurship education and advancement at the University of Delaware.

In addition to watching sports as a season tickets holder for Florida State, the Miami Marlins and the Florida Panthers, Mike liked to participate in driving events with Porsche owners groups.

“He was multi-talented and passionate about many things.” Barbara said.

The money Barbara donated to the memorial endowment fund for Mike will be invested, with only the earnings (typically 5 percent) used to offset the cost of an athletic scholarship. The principal contributed may not be spent, so the endowment provides an annual and everlasting tribute. 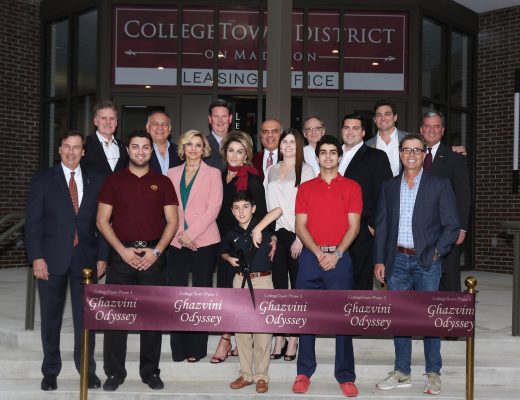 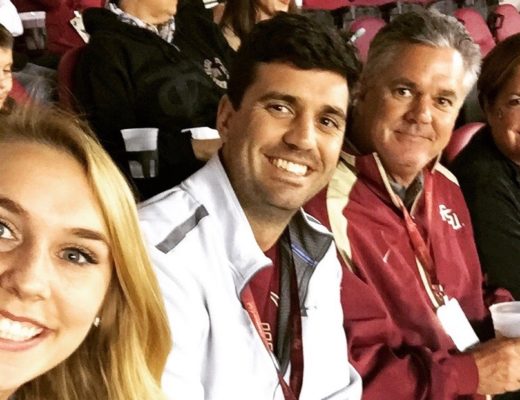