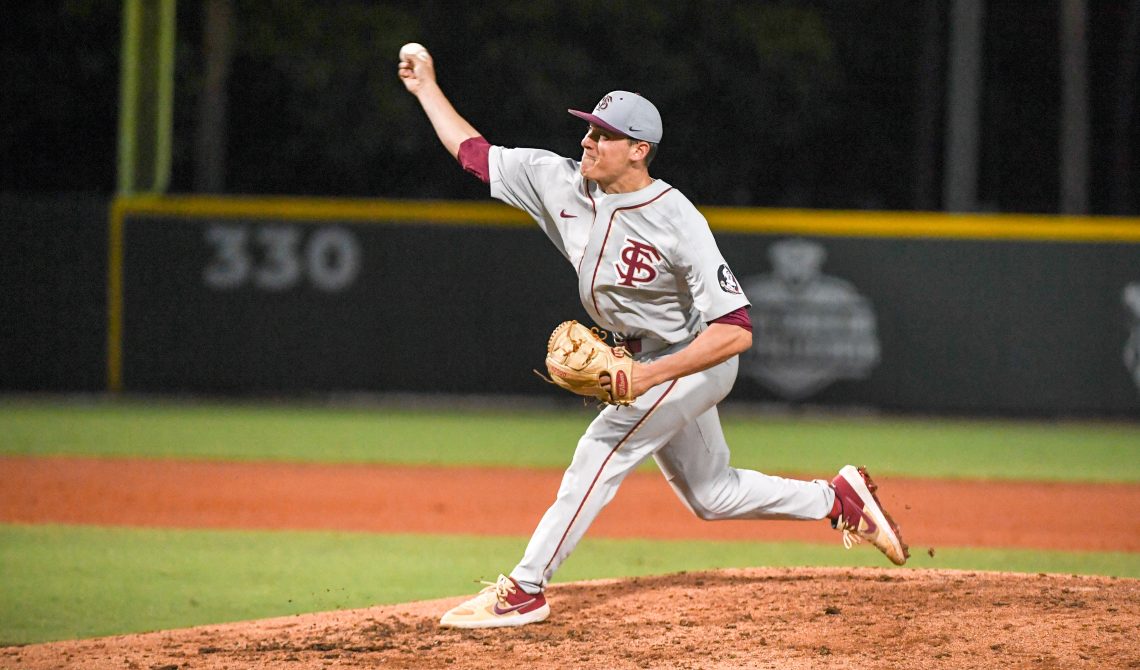 How the Florida State baseball team looks next season will be shaped by what happens in this week’s Major League Baseball draft.

With just five rounds, the draft is widely considered to be unpredictable due to the shortened baseball season (just 17 games for FSU) as well as high school seasons that were just beginning.

It’s possible that junior right-hander CJ Van Eyk and junior left-hander Shane Drohan will be the only FSU players selected in the 160-pick draft that begins on Wednesday at 7 p.m. After the completion of round 5 on Thursday night, teams can sign any undrafted prospect but for a maximum of $20,000. A signing bonus that small will of course encourage college prospects to return to school.

Draft-eligible sophomores like FSU catcher Matheu Nelson (.250, 1 home run, 14 RBI) and outfielder Elijah Cabell (.263, 7 HR, 28 RBI) would possibly be picked up a normal year after round 5 due to their high ceiling. But now Nelson and Cabell can return in 2021 as sophomores and still have two years to play college baseball and increase their draft stock.

“We make it known: ‘Don’t you sell yourself short. You’re still in the driver’s seat with leverage.’ Leverage is key,” FSU coach Mike Martin Jr. told the Osceola.

Leverage is now something that every prospect has: Prep players can say they will go to college, and even college seniors can opt to return in 2021. MLB teams know this and have adjusted their draft boards, and it’s now the norm for front-office executives to call players and negotiate salary before a team makes a pick.

Here’s a closer look at some of the top FSU prospects who are eligible for the draft as well as some thoughts from Martin Jr. and ESPN.com analyst Kiley McDaniel, who has been a scout and worked in the front office of four MLB teams:

His best stretch was in May 2019 when he won consecutive starts vs. Richmond, Louisville and NC State before a dominating June 1 victory in the regional at Georgia.

Van Eyk has “top-10 stuff in the draft,” McDaniel said. He views Van Eyk’s best three pitches with the scouting vernacular of “plus,” but says it’s not often all of his pitches are on within a single start.

“You will see multiple plus fastball, plus curveballs and plus change-ups,” McDaniel said. “You almost never see all three of them regularly in the same outing and if you do he’s not throwing strikes.”

McDaniel thinks Van Eyk goes between picks Nos. 25 and 45 (mid-second round). TheAthletic.com’s Keith Law, also a former MLB scout, has slotted Van Eyk at No. 28 to the LA Dodgers.

Drohan was impressive with 27 strikeouts in 17.2 innings and he allowed just one earned run with nine strikeouts in 4.2 innings vs. top-5 Texas Tech in February. He relaxed more, showing composure, and was on his way to a breakout junior season.

“He was really starting to heat up,” Martin Jr. said. “You go back to his Texas Tech start and Duke start. He was really coming on.”

McDaniel makes a similar argument as Van Eyk with Drohan. He recalls watching the left-hander in high school and seeing Drohan strike out 17 batters. “He blew the doors off,” McDaniel recalled. McDaniel thinks Drohan could go in the early rounds if he comes back in 2021.

Nelson’s numbers from 2020 don’t overwhelm as he was slow out of the gate. But he handles the pitching staff well and does a good job throwing runners out.

If MLB had gone to a 10-round draft, which at one point was a consideration, Nelson could have been selected.

An all-or-nothing hitter with a stat that is truly hard to believe: In 57 at-bats, he had 32 strikeouts. “The swing and miss is just off the charts,” McDaniel said. But when he connects, Cabell hit some majestic home runs (he had seven in 17 games in 2020) and had 28 RBI. Those seven home runs also matched the seven he had in 221 at-bats in 2019 as a freshman. McDaniel says a number of MLB teams won’t consider selecting Cabell because of the high strikeout rate but “the tools are big enough if somebody wants to talk themselves into it.”

FSU’s top high school signee is right-hander Carson Montgomery (6-foot-2, 208 pounds). Montgomery is No. 48 on McDaniel’s draft board. He is No. 58 on Law’s board of the top 100 draft-eligible prospects.

“Montgomery took a step forward this spring before the season ended, sitting 90-94 mph as a starter with tighter break on his curveball, and looked like he might get into the comp round rather than heading to Florida State,” Law wrote. “He has a chance for a three-pitch mix that would make him a No. 4 (MLB) starter with some delivery help and improved command.” 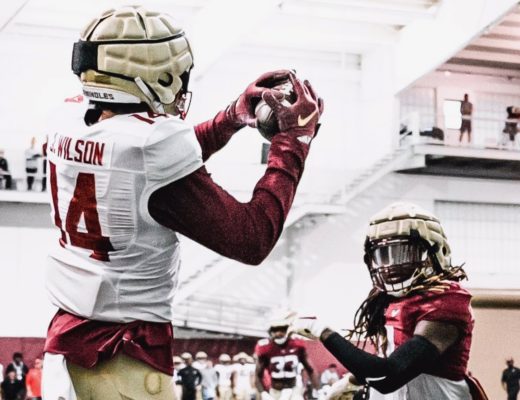 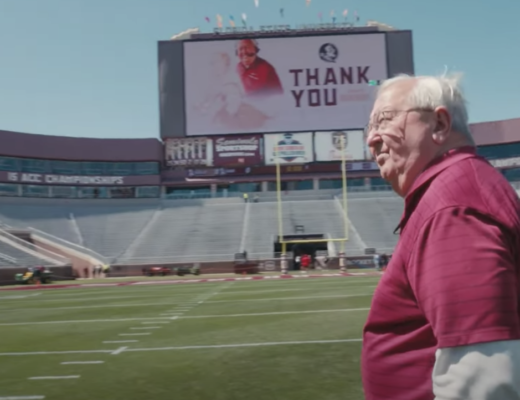