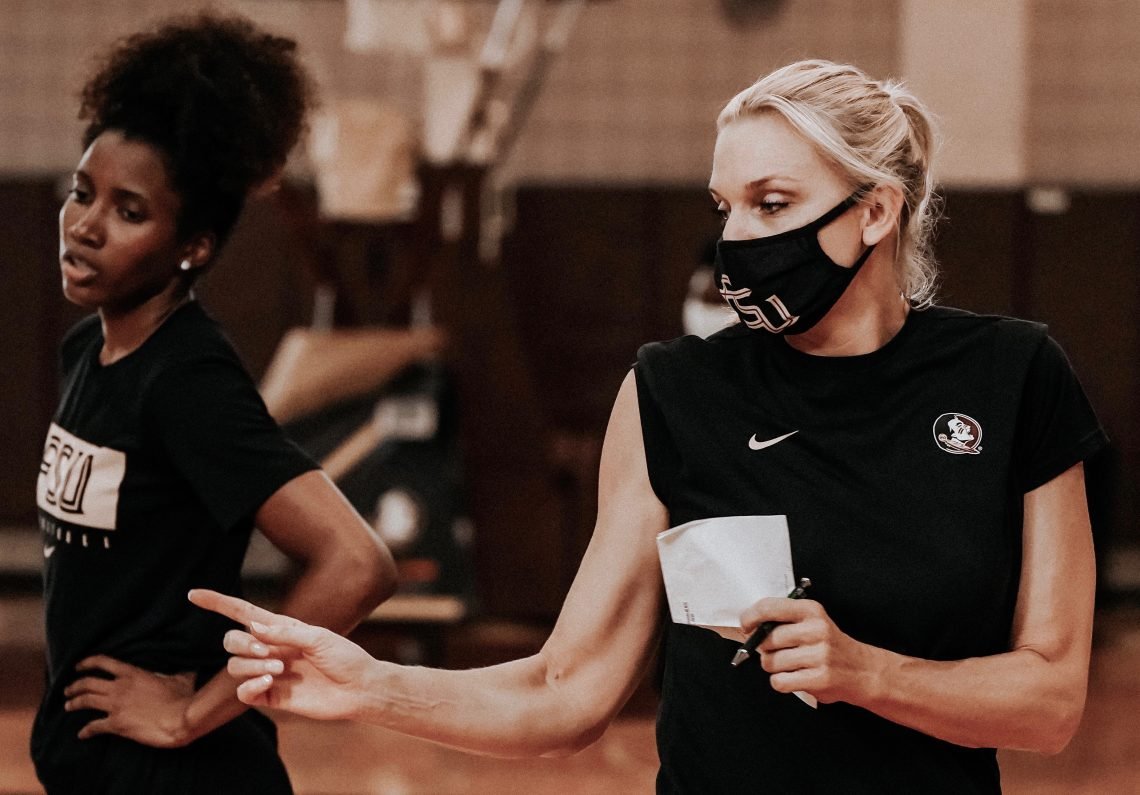 Sue Semrau treats her players like they are her daughters. After 24 years of putting her Florida State family first, sacrificing time with her mom and dad, it was time for Semrau to return home to help care for her mom, who is battling cancer.

Semrau announced in September that she would take a one-year leave of absence from coaching the women’s basketball team, handing over day-to-day responsibilities to longtime assistant coach Brooke Wyckoff.

“Every decision we make in our program is based on the fact that you are a person first, you’re a student second and you’re an athlete third,” Semrau said. “And so when I come to this decision, I need to put my money where my mouth is and make a decision personally and for my family.”

The decision was made easier because she had Wyckoff, who played on Semrau’s first FSU team in 1997-98, on her coaching staff. Their relationship is incredibly close on the court but also off — Semrau is the godmother to Wyckoff’s daughter, Avery.

Wyckoff will coach the team in practice and games, while Semrau will communicate with players and coaches while also remaining active as a recruiter by phone from Seattle. Semrau will not take a salary to help the program avoid budget cuts as FSU makes adjustments due to COVID-19 and said she wanted to give Wyckoff “authority with the responsibility” to make decisions.

It’s a transition that players admit has been “a little different,” junior guard Kourtney Weber said as FSU returned to the court for full-team workouts last week. But Wyckoff has been a part of the program for nearly a decade as an assistant and had been running small-group workouts since student-athletes returned to school in August.

“Coach Brooke already had such a big spot in the program,” Weber said. “And she was really hands on with coaching.”

Wyckoff has played an integral role as a coach but she was also one of the players who helped build the foundation for Semrau’s early teams at FSU. She scored 1,350 points and had 804 rebounds from 1997-2001, marks that put her in the top 20 in scoring and top 10 in rebounding on FSU’s all-time list. Wyckoff went on to play nine years in the WNBA and also played professionally in the Canary Islands, becoming fluent in Spanish.

In 2011, Wyckoff returned to Tallahassee to join Semrau’s coaching staff. Semrau laughed about it when asked in September if she can tell how interested one of her players is in coaching. “Brooke was never like, ‘Oh, I want to be a coach.’ ” Semrau recalled. Yet like so many players, Wyckoff was hooked.

Wyckoff’s responsibilities grew through the years: defensive game planning, coaching the post players, recruiting and scouting. Semrau promoted Wyckoff to associate head coach in May 2018 and Wyckoff has continued to strengthen her relationship with student-athletes, ensuring that the full roster was registered to vote on Election Day on Nov. 3.

“The circumstances, I wish they were different for Coach Sue and her mother,” Wyckoff said. “But I feel like she’s been preparing me since I was 17 years old. For this moment.”

Wyckoff had been leading small-group workouts since late August as coaches were able to spend eight hours each week with players in accordance with NCAA rules as part of how to safely return to the court in the coronavirus pandemic. College basketball programs were eventually allowed to expand to 12 hours and now the clock begins with a 20-hour week, Wyckoff said.

“We’ve been able to do everything besides coach without masks on,” Wyckoff said. “That’s been the biggest challenge sometimes but, other than that, the girls, have been routinely tested, so has the staff, anybody that’s involved on the court is routinely tested. So we feel good about them being able to practice normally in as big of a group size as needed. We do try to limit their numbers when they’re in smaller spaces like the weight room or the training room or film room. We keep them in small groups, no more than six.”

FSU will likely open the season on Nov. 25, the first day the NCAA has allowed men’s and women’s programs to schedule games. The Seminoles are in discussions with non-conference opponents.

“We do have a really good idea of what the ACC season will look like,” Wyckoff said. “Those days are just being finalized in terms of arena availability … The ACC, obviously, will take up a large part of our season, but we are working on a couple non-conference games. It’s a big puzzle for everybody, it’s a bunch of moving parts, it’s so weird.”

FSU loses three big pieces of the program in seniors Kiah Gillespie, Nicki Ekhomu and Nausia Woolfolk (they were the team’s top three scorers in 2019-20). But the Seminoles do have a talented roster returning, which includes Weber, Morgan Jones, River Baldwin, Sammie Puissis and South Carolina transfer Bianca Jackson (who sat out last season and is eligible to play this winter). Tiana England, a grad transfer from St. John’s, is also expected to step into a role as a point guard.

The Seminoles will miss the experience and leadership of the veteran players but this should be a deep roster that is strengthened by Jackson, England and other transfers. FSU has been one of the ACC’s top teams under Semrau, and that likely won’t change with Wyckoff taking over.

Wyckoff said she and Semrau talk frequently. Semrau is able to watch practice film once it is uploaded.

“We’re in very close contact,” Wyckoff said. “She’s been great to give me the freedom to kind of have the authority to take control of what’s needed to be done day to day as well, though, as just being there day to day if needed anytime I need to pick up the phone.”

In the last few years, Semrau has fielded calls about Wyckoff and gauged her interest in leaving FSU for a head coaching job. Wyckoff has resisted. It’s tough to leave what has become home and someone who has been a mentor and friend.

“I’ve always looked at Brooke as somebody that just really embodies who we are at Florida State because of her loyalty, her work ethic, her competitiveness,” Semrau said. “And to see that come full circle and come to fruition where she gets an opportunity now to serve in this capacity is definitely a proud parent moment, but I think it’s a proud Seminole moment.” 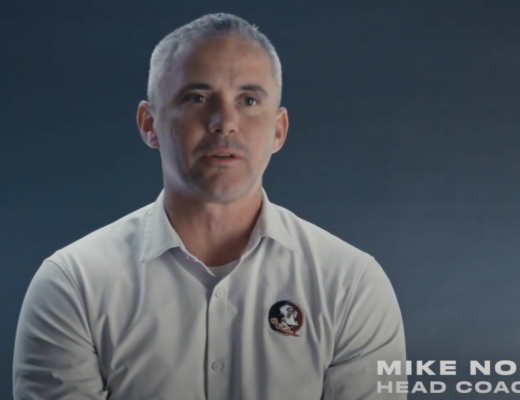 FSU Sports
Watch the Season 2 debut of ‘The Climb’ 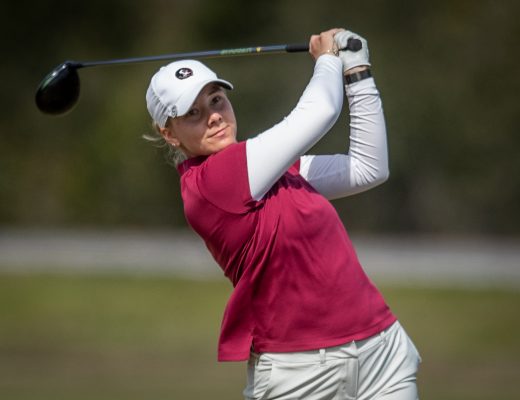